The Natural Gas Innovation Fund announces its round 4 semi-finalists. Marnoch Technologies is selected as a semi-finalist.

Development begins on the next generation ultra-high pressure prototype in the Clean Energy Research Lab (CERL) at the OTU campus in Oshawa Ontario.

Marnoch Technologies develops enhanced embodiment of its patented heat to power technology. The new process flow will incorporate ultra-high pressure components to improve efficiency and reduce the footprint by an additional 40%.

Ontario Centres of Excellence announces 20 semi-finalists for the SOLUTIONS2030 GHG Challenge. Marnoch Technologies chosen to move on to final stage for funding award to develop our next generation pre-commercial ultra-high pressure prototype.

Professional Engineers of Ontario York Region Chapter recognizes Marnoch Technologies as a finalist in the Engineering Technology of the Year contest. 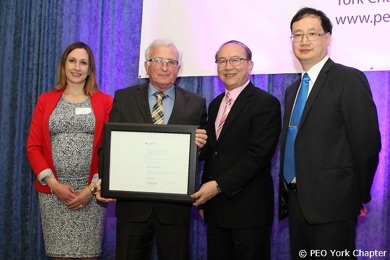 Today, the Honourable Gary Goodyear, Minister of State for the Federal Economic Development Agency for Southern Ontario, announced a one-year extension of the Applied Research and Commercialization (ARC) initiative, creating jobs and economic growth in the region. Minister Goodyear, accompanied by Oshawa Member of Parliament Colin Carrie, made the announcement while celebrating partnerships established through the initiative between the University of Ontario Institute of Technology (OTU) and 13 southern Ontario businesses.

Last year, under the ARC initiative, OTU was approved for up to $739,000 from FedDev Ontario to partner with small- and medium-sized businesses on activities such as applied research, engineering design, technology development, product testing, and certification. With their project partners, OTU researchers are working to bring new products to the marketplace sooner.

The extension, with funding of up to $15 million, will enable the participating 24 post-secondary institutions to apply for additional support. 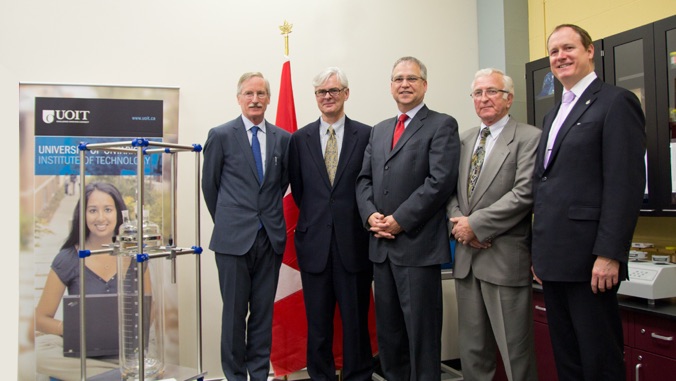 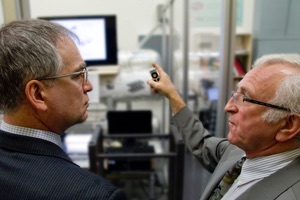 Ian Marnoch demonstrates the patented Marnoch Engine to Minister Goodyear in the CERL Lab at OTU.